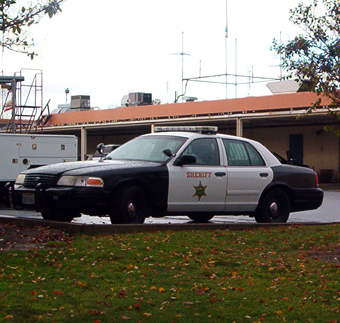 Deputies of the Kings County Sheriff's Department are considered to be "generalists." They are expected to investigate most cases from beginning to end. This includes processing the crime scene, interviewing victims and witnesses, and arresting the perpetrator. In high profile cases, or cases requiring certain areas of expertise, a detective may be assigned.

Headquarters Patrol is commanded by a Sheriff's Department commander, who reports to the assistant sheriff in charge of the Operations Division. Patrol deputies are assigned to one of four watches and work one of two shifts. The individual shifts are composed of a sergeant, a senior deputy, and three or four deputies.

The uniformed patrol deputies assigned to Headquarters work a twelve hour daily shift. The shifts run from 0500 hrs. to 1700 hrs. and from 1700 hrs. to 0500 hrs. This means a deputy will work four days one week and three days the next. One day during the two week pay period is eight hours long to complete the required eighty hour schedule. Deputies are assigned to a beat area for a minimum of two years. This enables the deputy to become thoroughly familiar with the area he or she works and to know its residents.

In addition to routine beat assignments, the senior deputies (corporal) act as field training officers and also fill in as shift supervisors when needed. Each senior deputy is routinely sent to the Commission on Peace Officers' Standards & Training (P.O.S.T.) Supervisors Class as well as Field Training Officer School.

The Kings County Sheriff's Department issues a fully equipped black and white patrol car to each uniformed deputy. The deputy is permitted to take the patrol car home at the end of his shift. This has resulted in increased sense of pride by the deputy in his car and equipment as he or she is responsible to see it is properly maintained and kept clean. The advantages of this Take Home Car Program are better maintained patrol cars, which results in longer service life, and increased visibility throughout the community.

The patrol cars are now in the process of being equipped with mobile display computer terminals which will permit deputies to be dispatched to calls more efficiently. Also, the deputy will have full access to computer databases maintained by the Sheriff, the California Department of Justice, and the National Crime Information Service. Access to these databases would be by data link using the Sheriff's communications radio frequencies

Each deputy sheriff is also expected to take an active role in the community. Our personnel are involved in everything from being members of the local Kiwanis Club to helping coach Little League baseball teams. The Sheriff's Activity League (S.A.L.) attracts many deputies due to their desire to work with children. Deputies also instruct in the department sponsored "Citizens on Patrol" academies and the department's Explorer Scouting program.